Nancy Hobbs has been running trails and directing running events since the mid-80’s and her articles and photographs about the sport have been published in magazines including Runner’s World, Running Times, Trail Runner, and Ultrarunner.  She is the founder and executive director of the American Trail Running Association, a council member of the World Mountain Running Association, manager of the US Mountain Running Team (starting the women’s team in 1995), and chairperson of the USATF Mountain Ultra Trailrunning Council.  Hobbs lives in Colorado Springs, traveling extensively both nationally and worldwide to support and promote trail and mountain running.

Jay Johnson is an elite mountain runner and record holder.  He was an impressive high school distance runner, running a 2:28 marathon as junior at Paavo Nurmi in 1977, earning one of the top five times in the US.  He was the first American to win the World Mountain Championships in 1987, and also placed 9th in 1980, 22nd in 1991, and 24th in 1992.  He held the uphill record at the 32-kilometer Sierre-Zinal Mountain Race for many years at 1:45.  He won the Vail Hill Climb in 1987, as well as the Vogorno-Bardughee in 1988.  He founded the LaSportiva Mountain Cup in 2008, and is a donor & supporter of many US mountain running teams.  Johnson is a long-time Boulder resident and his wife Lilly, a two-time Bolder Boulder winner herself, manages Fleet Feet Sports there.

Death Valley to the Summit of Mount Whitney – At Age 67

Chase and Hobbs Collaborate on a Series of Four Trail…

Marshall Ulrich is an elite extreme endurance athlete, as well as an accomplished speaker, author, trainer, and guide.  Ulrich has finished over 125 ultra marathons, climbed the Seven Summits, including Everest, all on first attempts, and has completed 12 expedition-length adventure races.  At the age of 57, Ulrich broke two transcontinental speed records when he ran 3,063.2 miles in 52.5 days from San Francisco to New York, about which he wrote his book, “Running on Empty.”  A record four-time winner of the Badwater Ultramarathon and still the record holder to the summit of Mount Whitney, Marshall has crossed Death Valley on foot, in July, a record 25 times, including the first-ever self-supported circumnavigation of Death Valley National Park.  Ulrich has also raised more than $850,000 for various charities.

“The Colorado Running Hall of Fame honors those who have truly elevated the sport of running in our state,” said Creigh Kelley, Race Director of Kaiser Permanente Colfax Marathon.  “The inductees are chosen not only for their incredible accomplishments, but also their dedication to the Colorado running community.”

Past inductees into the Colorado Running Hall of Fame include Olympians Frank Shorter, Lorraine Moller and Arturo Barrios. The 7th annual induction ceremony and reception will be held on Wednesday, April 10th at the Denver Athletic Club at 6:00 p.m.  The event is open to the public, with a limited number of tickets available for purchase.

To learn more about the Colorado Running Hall of Fame or to purchase tickets to the induction ceremony, visit www.corunninghalloffame.com.

Chronic Hip Issues & Running: How to Properly Manage the Pain

What Is Regenerative Medicine and How Can Runners Benefit From It? 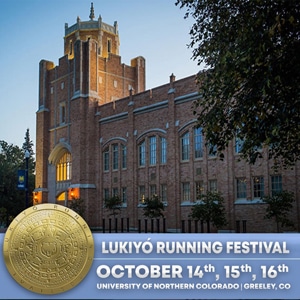