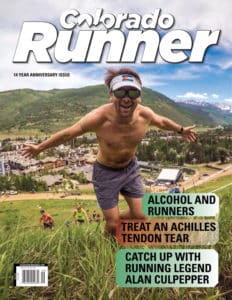 As runners, we are always seeking out new ways to run faster and longer and avoid the inevitably slide in performance as we age. One of the hottest fads in the last decade has been compression socks and tights. As a marathoner, I have multiple pairs of compression socks and love wearing them for long training runs and for racing marathons.

The study found that although compression tights significantly reduced muscle vibration, they don’t actually diminish muscle fatigue when compared to running without.

“When your muscle vibrates, it induces a contraction that uses energy, so the theory was that less muscle vibration would translate to less fatigue,” said Ajit Chaudhari, who led the study. “However, the reduced vibration was not associated with any reduction in fatigue at all. In our study, runners performed the same with and without compression tights.”

Study participants ran on a treadmill for 30 minutes at 80 percent of their maximum speed on two different days, once with compression tights and once without them. Motion capture technology tracked each runner’s body position within a fraction of a millimeter. Participants’ leg strength and jump height were tested before and after each run.

“We have a specialized treadmill with force sensors embedded in it that measures how hard a runner’s foot is landing, how they’re able to push off and how that changes over time,” Chaudhari said. “The runners also wore a heart rate monitor so we could measure their exertion throughout the run.”

Hmmm… this study is a bit depressing. As I’ve gotten older and started to bike more, I’ve found it amazing how much equipment you can purchase for a bicycle to make you faster without actually training harder. You can buy new wheels, clothing, helmets, and an endless supply of upgraded components to help you ride faster in a race. As runners, there is very little technology out there to help you go faster. Sure, there are a lot of very expensive gadgets, like high tech watches and foot pods, to track your performance, but that technology doesn’t help you run faster without training harder.

In truly analyzing this study, I think that more research is necessary. For one, the study subjects only ran for 30 minutes. Personally, I never wear compression gear for such a short run. I think that many marathoners might agree with me that compression clothes help most when you’re running for two hours or more. As the fatigue sets in, your form can start to change. Also, I don’t necessarily think that the compression socks help me run faster, but rather, may help me recover faster from the reduced vibrations during long training runs.

The study didn’t show that wearing compression tights was bad for runners in any way. As runners, if the compression tights feel good, I think that’s reason enough to keep wearing them. “There is nothing in this study that shows it’s bad to wear compression tights,” Chaudhari said. “Every little bit of perception counts when running long distances, so they may help runners in ways we aren’t able to measure.”

So I think I’ll stick to my compression socks for now. The research may not be on my side, but much of running a marathon is a mental game. Anything that might help me make it to the finish line is worth it to me.

How to Prevent Back Pain

Skin Care Routines That Can Give You Healthier, Wrinkle-Free Skin