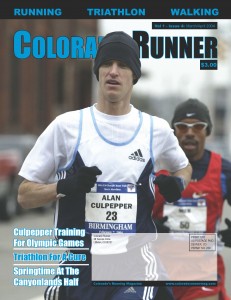 How many times do the 1-2-3 favorites come in 1-2-3? Not often, in any sport. But on this special day, amid blustery winds and snow flurries, the big three became the best three at the U.S. Men’s Olympic Marathon Trials.

Yep, three runners stood out with the three fastest qualifying times, and the same three – Alan Culpepper, Meb Keflezighi and Dan Browne – stood on the podium at the Alabama Sports Hall of Fame after a cold run on the streets of Birmingham. Say hello to the 2004 U.S. Men’s Olympic Marathon team.

“This is pretty much the top of the list,” Culpepper said when asked to compare the victory to his many others in track and cross-country. “National championships are one thing; the Olympic Trials is at the next level.”

Culpepper’s performance is the second fastest Trials winning time ever. In just the second marathon of his career, Culpepper won $60,000 in prize money and will pocket another $25,000 after competing in the Olympic marathon in Athens.

Ways to Rehabilitate a Knee Without Surgery

Things You Should Know About Using CBD

Why Runners Should Consider Consulting With A Chiropractor